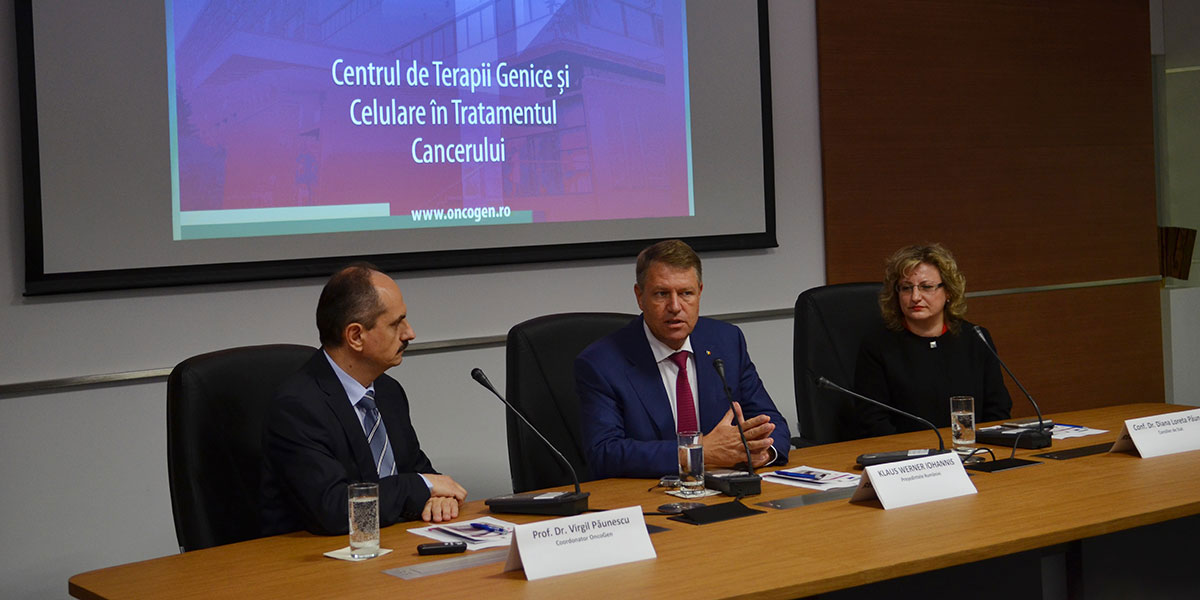 Visit of the President of Romania, Mr. Klaus Iohannis, in Timisoara

October 3, 2016 Posted by admin OncoGen News 0 thoughts on “Visit of the President of Romania, Mr. Klaus Iohannis, in Timisoara”

In the context of the “Educated Romania” project and the designation of Timisoara as European Capital of Culture in 2021, the President of Romania, Mr Klaus Iohannis, attended a series of events held under the motto “Timisoara – Academic, Cultural and Scientific Centre”, which included the visit of Centre for Gene and Cellular Therapies in the Treatment of Cancer – OncoGen. The President has thus conveyed “a mark of encouragement for medical research, openness to researchers in the medical field, support for EU-funded research projects and also a message of encouragement for accessing new projects devoted to medical research.”

The President was welcomed by Prof. Virgil Paunescu, MD, PhD, the coordinator of OncoGen and the leadership of Pius Brinzeu Emergency County Clinical Hospital Timisoara. Mrs Diana Loreta Paun, state adviser, Department of Public Health, as well as local public officials and leading researchers in the Banat region had also attended the visit: Prefect of Timis County, Mircea Bacala, President of Timis County Council, Sorin Grindeanu, Mayor of Timisoara, Nicolae Robu, representatives in the leaderships of main universities in Timisoara and of local research centres. The meeting was also attended by the representatives of the West Regional Office Timisoara within the National Authority for Scientific Research and Innovation, who have supported the project through which OncoGen was built and equipped.

Prof. Paunescu presented the cutting-edge laboratories and equipment of OncoGen, after which the President was invited to a discussion on Romanian medical research, when he was informed on the results of OncoGen researchers, the research strategy and the projects we are currently running. During the meeting, both young and recognised researchers from Timisoara have had the opportunity to discuss with the President on various Romanian research issues. At the end of discussions, the idea of Timisoara reaching the status of excellence pole in biotechnologies by cooperation between all research capacities on interdisciplinary themes in order to reach the critical mass and to exploit human and material potential in the area has emerged.

In his address at the end of the visit, the President stated that “higher education is not to be reasonably imagined without research” and that OncoGen proves Timisoara is a place of innovation. 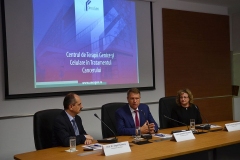 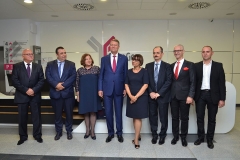 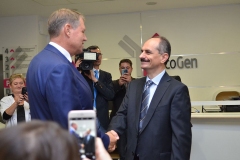 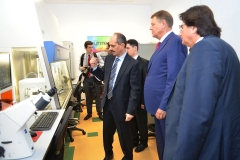 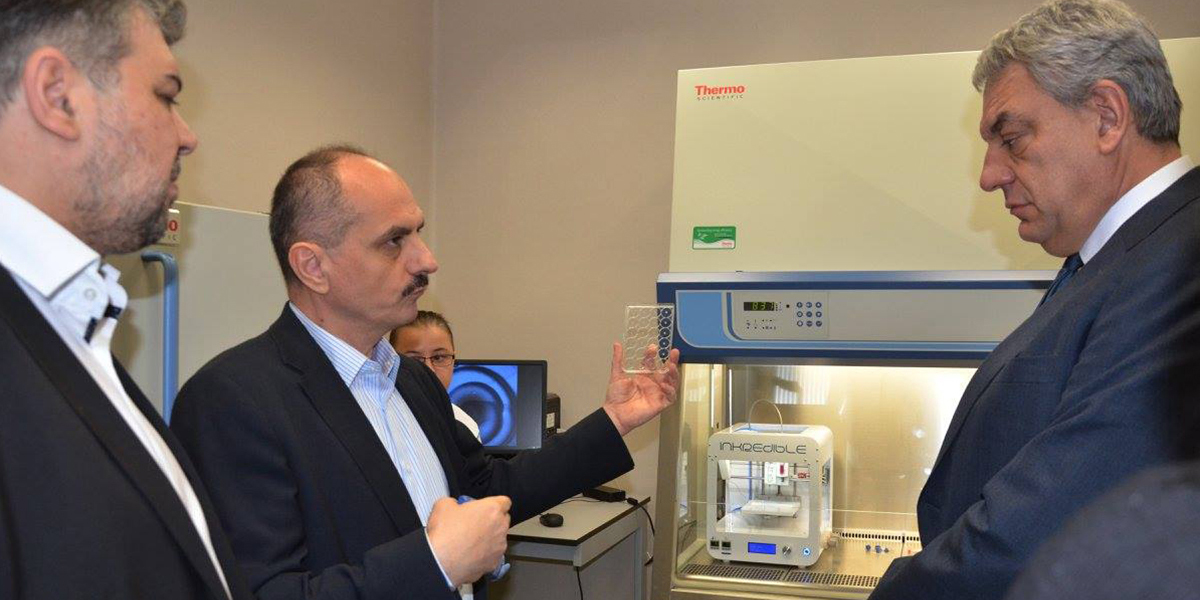 On the 8th of December 2017, PM Mihai Tudose visited OncoGen – The Centre for Gene and Cellular Therapies in Cancer.​

Initially, the PM booked 10 – 15 minutes for visiting the centre, but the complexity of the projects, the equipment and the advanced research opportunities conviced the PM to spend a few hours in the OncoGen Centre.​

Before leaving, the PM promised to allocate more resources for medical research in the OncoGen Centre. 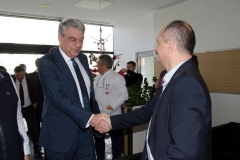 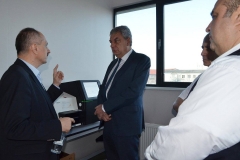 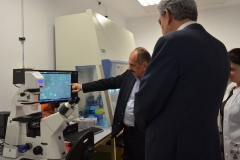 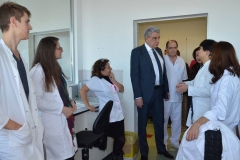 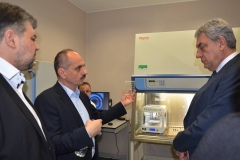 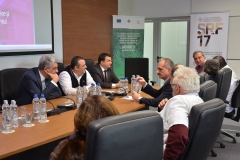 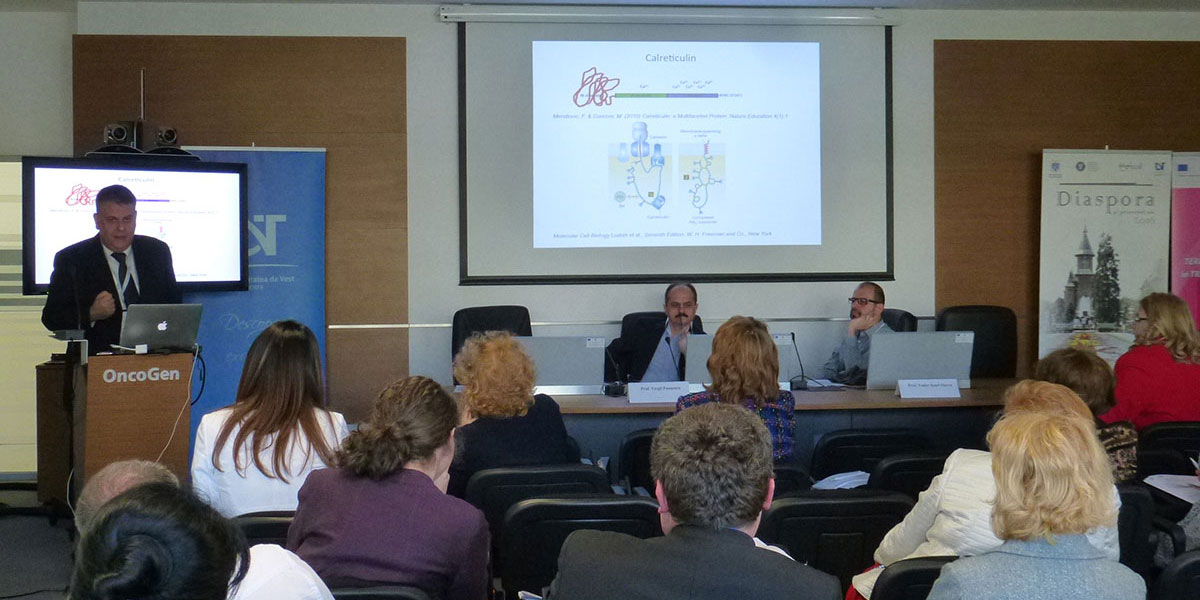 Keeping the tradition of organizing the conference Romanian scientific Diaspora, the Executive Unit for Financing Higher Education, Research, Development and Innovation (UEFISCDI) together with West University of Timisoara (UVT), in partnership with the Ministry of National Education and Scientific Research organized the de- the fourth edition of the ”Diaspora in Scientific research and Higher Education in Romania – Diaspora and friends.” The conference took place from 25 to 28 April 2016, enjoying high patronage of the President of Romania.​

This edition of the Diaspora marked the first time when this activity was organised otside the Bucharest, in university center of Timisoara, under the coordination of West University of Timisoara, hosting all the conference (plenary sessions and exploratory workshops, in areas in which there is potential Romanian and expertise, as well as in topics related to innovation and competitiveness of Romania).​

Title of the workshop:​

Perspectives in personalized medicine – from concept to clinical applications

The transition into the new era of biomedical research allowed the implementation results in advanced fields like genomics, proteomics, immunology studies to facilitate deciphering the complex mechanisms of diseases and open up new clinical and therapeutic directions. Witnessing in recent years to a paradigm shift in medicine represented the transition from traditional medicine based on the principle of “one size fits for all” to personalized medicine or precision medicine, an innovative approach to prevention, diagnosis and treatment of diseases, which takes into account the differences between individuals in terms of both genetic and epigenetic factors whose influence is more prominent. The workshop aims to be a place for sharing ideas among professionals recognized in the country and in the Diaspora and young researchers, and prepare the ground for future collaboration, with the ultimate aim to develop strategies to personalized therapies applicable in cancer disease and regenerative medicine and to develop of joint projects in order to attract European and international financing. 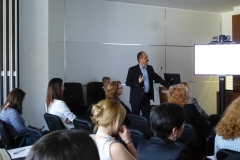 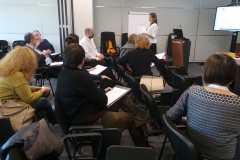 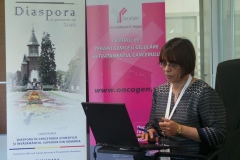 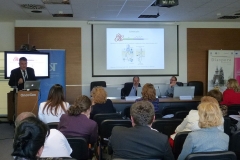